I loved my time in Puerto Plata, Dominican Republic. I would recommend a trip to Puerto Plata. You must dress in clothes that can keep you cool. Bring a lot sun screen. I had more than enough sun screen. But not enough clothes that would keep me cool. The food was different but good. If you are into tying new food. I would recommend the Sancocho stew and classic Dominican dish: Tostones (fried plantains). I like it a lot. I love to try new food just in small amounts so I won’t waste food.

I flew into the Capitol of Dominican Republic. My hotel was a four hour drive by taxi. So I learn from someone that there was a closer airport. Next time I go to Puerto Plata I will go to the closer airport. I did do the tourist stuff that are Resort had to offer. But there so much to do. I have to come back another day to do it all. I need about a month to do it all.

Puerto Plata is a port city situated at the base of Mount Isabel de Torres on the North Coast of the Dominican Republic. The Old City features narrow streets lined with Victorian houses. It is becoming one of the more popular tourist cities in the Dominican Republic with Playa Dorada Resort Complex nearby. The North Coast is sometimes referred to as the Amber Coast because of the large amounts of amber found here. 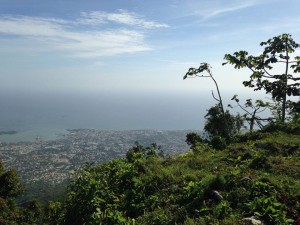 See the two-story Victorian gazebo in Parque Central in the heart of Puerto Plata.
From Parque Central stroll past the Church of San Felipe to Duarte Street to visit the Amber Museum, located in a two-story Victorian known as Villa Bentz, constructed in 1919 by Spanish architect Martin Gallart y Canti for the Augusto Bentz family. The museum houses the amber mosquito featured in the Hollywood film Jurassic Park, along with an extensive collection of Dominican amber–said to be the most transparent amber in the world. Guided tours are available from 9 a.m. to 6 p.m. Monday through Saturday.

Next, see the fort that Columbus built. In 1496 at Puerto Plata, Christopher Columbus and his brother Bartholomew began to construct a fort that was more than 21,000 square feet to defend the harbor against pirate attacks. San Felipe Fortress was completed six years later in 1502. It is the oldest architectural structure in Puerto Plata.

Just past the fort, there’s the General Gregorio Luperon Monument, erected as a tribute to one of the Dominican Republic’s famed leaders.

On the west side of the city, take a cable car ride to the top of Mount Isabel de Torres, which rises 2,665 feet above sea level to get a view of Puerto Plata and the surrounding landscape. Here you can also see the statue of Christ the Redeemer. 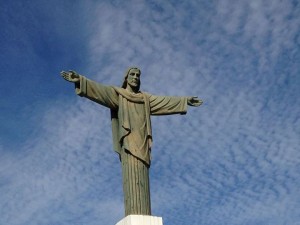 Hang out at the beach at Playa Dorada east of the city of Puerto Plata. If you are not a guest at one of the resorts, you will have to pay for a day-use pass.
West of Puerto Plata, Playa Cofresi is one of Dominican Republic’s most beautiful beaches. This is a good spot for sunbathing, body-surfing and boogie-boarding.
If you want to swim with dolphins, feed stingrays or explore an artificial reef, check out Ocean World at Playa Cofresi. There is also a marina there. 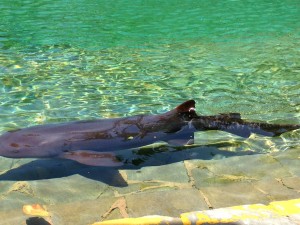 Another beach west of Puerto Plata near Monte Cristi is Playa Punta Rucia. This is a popular beach with white sand beaches and mountain views. Offshore, a large circular coral reef known as Cayo Arena is an ideal snorkeling location. The protected lagoon at Playa Punta Rucia is a good place for birdwatching.

With a population of more than 200,000, Puerto Plata has a variety of nightclubs, including meringue and salsa clubs, as well as numerous casinos. Neighboring resorts also feature evening shows with dancing and singing such as the Viva Wyndham Playa Dorada. The Amhsa Marina Grand Paradise all-inclusive resort has a discotheque. In fact, there are 15 resorts at Playa Dorada to choose from for nightly entertainment.

You’ve still got time to squeeze in a summer escape, and you want to make it really special – so where to go? Well, I am going to on Summer Vacation in July. I will get to use my passport for the first time. I have not even been to Canada but  I will be in the Dominican Republic for over seven days. 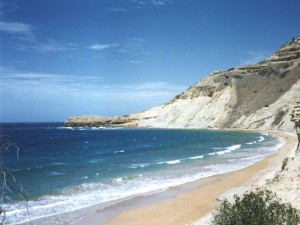 I like to travel but not the packing. Some time I packed too much stuff, it comes very heavy at the airport. And this time I can have only two carry on bags, or pay $25 per bag.

So I am having trouble of what to pack or  take and how much underwear to take. I know that is funny for some people, but you can never have too much clean underwear. It is when you don’t have it, that it becomes a problem.

Now I have braces I need to bring stuff to keep my braces in good shape. It sucks so much. I need to have two toothbrushes with me all the time. I go through a lot of floss and toothpaste. I just want to a big thing of toothpaste and be done with it. But the airport won’t let you because it is over 3 oz. It makes it so hard for me. I have to brush my teeth every time I eat. I know that some people don’t understand but I won’t go around with food stuck in my teeth.

Now let’s  talk about sunscreen I am very light skin, I just look at the sun and get burnt. I am trying to think how to get a big thing of sunscreen on the airplane. I have allergies to a lot of stuff so I need a special type of sunscreen. I am a redheaded girl that burns just looking at the sun. But I do love sunlight.Well I am just going to take my big hat and sun umbrella with me. I let you guys know how it goes.